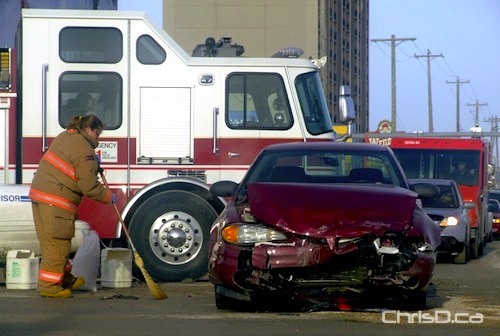 Traffic was snarled early Monday afternoon after a crash involving a police cruiser and a Pontiac Grand Am at Portage Avenue and St. James Street.

According to the photographer on scene, one police officer suffered minor injuries.

Details on what led to the crash were not immediately known.

Note: If you look closely, you can see a Canada Post driver to the right in the above photo with his hands up in frustration. Clean it up quickly, the man has deliveries to do! 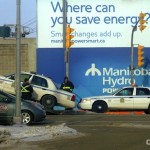 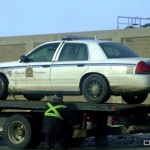