Home » Columns » Help Place Winnipeg on the New Monopoly Board

Help Place Winnipeg on the New Monopoly Board 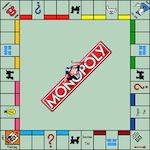 Hasbro Canada — makers of Monopoly — is scouring the country to narrow down the 22 best cities to appear on a new version of the game.

There are 65 competing cities and towns that were pre-selected, including Regina of all places. Certainly, we can beat out Regina, right?

According to the press release, voting will be open until February 7, where Canadians can vote for up to 3 cities per day until then.

Head over to MonopolyVote.ca and VOTE! We might not be getting the Jets back, so at least give Winnipeggers this glory, even if it’s only being included on a game board.