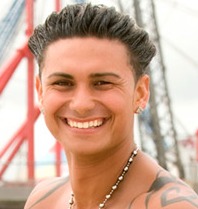 Slap on the greasiest hair gel you have, apply bronzer to your already fake-looking tan and get your fist pumping like a champ … DJ Pauly D from the hit MTV reality show “Jersey Shore” is coming to Winnipeg.

The self-described “Guido” — which to anybody not living in New Jersey is the most hilarious thing ever — will spin some tunes at HiFi Lounge on Osborne Wednesday, February 3.

According to TMZ, these Jersey Shore dudes get about $7,500 for every appearance. No word on what HiFi is paying Pauly D, but Snooki makes $10,000 to party it up.

The Facebook page for the event already lists over 600 people who plan on showing up.

Who knew Guidos were the latest attraction?

← Previous: Win Your Way into a Tegan and Sara Concert Next: Nygard vs. The Media →
Tags: Music | Television | United States