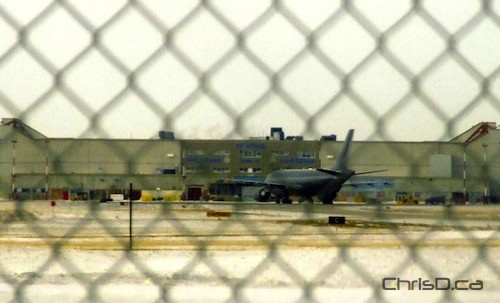 A problem with the plane’s hydraulic system made it difficult to steer, but the landing gear was successfully deployed.

Passengers included 56 military personnel on their way to Vancouver from Trenton, Ontario to help with security at the Vancouver 2010 Olympic Winter Games.