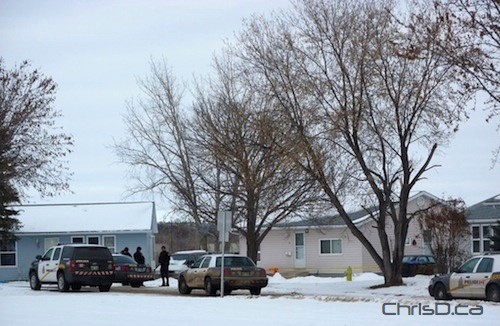 Brandon police had their hands full Sunday investing two deaths in opposite ends of the city.

Police first arrived on scene at a home on Empress Bay in the East End (above), where a man was found to be deceased outside.

In an unrelated matter, police are investigating the death of a 21-year-old man in the West End of Brandon, who died around 10 p.m. Saturday night.

By mid-afternoon, police were still interviewing people at both locations.