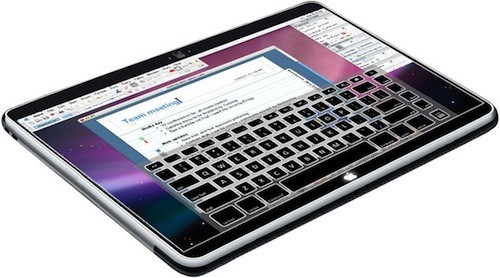 The not-yet-announced, but highly rumoured Apple Tablet is looking very promising to revolutionize a number of fields. This, according to experts and technology analysts.

According to a recent report on CNET, Apple wants to give Amazon’s Kindle a kick in the pants and push its famed Kindle aside with the launch of the Tablet. Having drawn such comparisons to the iPod Touch, but on a larger scale, the Tablet could end up replacing some laptops depending on the user’s needs.

Apple is also reported to be in talks with a number of newspaper publishers, including the New York Times, to help deliver their content in a paid arena across the Tablet platform. The Kindle also has agreements with newspapers and magazines to deliver the same service.

The entertainment and computing industry are also in for a complete makeover if the Tablet does in fact make an appearance as Apple’s newest invention.

Late Monday, an online report surfaced citing negotiations with Apple and publisher HarperCollins to bring even more content to the new platform.

Apple has invited the media to an event next Wednesday, January 27 in San Francisco. Tech experts say if the Tablet is not unveiled, it will be a major shock. Meanwhile, rumours are still swirling over the new iPhone 4G, which is said to be released sometime between June and July of this year.