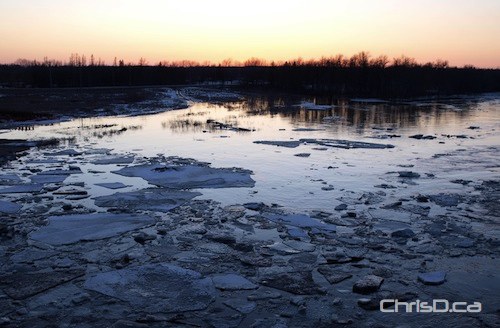 The province is making sure ice jams north of the city on the Red River don’t become another problem this spring.

On Thursday, two additional ice-cutting machines were announced, part of a $1 million budget to prevent future flooding. Officials say the budget this year is up by over $230,000 from last year. The machines will begin operating in the second week of February.

The province is also spending $240,000 on two new Bobcat remote-controlled ice-cutting machines to work along with the two Amphibexs.

The upgraded ice cutters will be equipped with GPS tracking devices that will record units’ locations, times and ice-cutting functions.

Machines will begin working on the Red River near Netley Creek just south of Lake Winnipeg and will go south to the Selkirk Bridge.

A team of 30 people will take on the task of breaking up ice along the river.