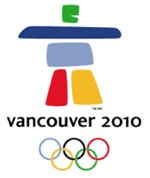 Olympic coverage will not just be on your TV, iPhone or computer next month, Canada’s Olympic Broadcast Media Consortium announced a plethora of radio stations providing coverage, as well.

77 stations across Canada will broadcast parts of the Vancouver 2010 Olympic Winter Games, including highlights of the day’s events,  live coverage of the Opening and Closing Ceremonies, and other features from the Games.

Two Manitoba radio stations were selected to do their part — 104.5 CJSB FM in Swan River and 92 CITI FM in Winnipeg.

Most of the play-by-play for events and games not covered in your listening area will be available via live stream at CTVOlympics.ca. Alternatively, you can listen to the anticipated men’s and women’s gold medal hockey finals online through The FAN radio network.