It hasn’t been business as usual for Winnipeg Transit the last few days, thanks to a string of unrelated incidents. Thursday an armed suspect was arrested aboard a bus while trying to make a getaway after allegedly firing shots in the Tyndall Park area. Later during rush hour, a bus caught fire on Main Street near Water Avenue (below). 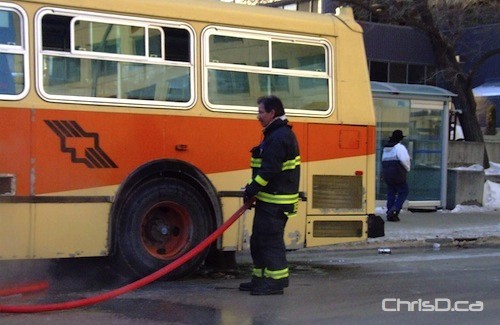 On Wednesday, a bus caught fire on Osborne Street. There were no reported injuries in either of the three incidents.