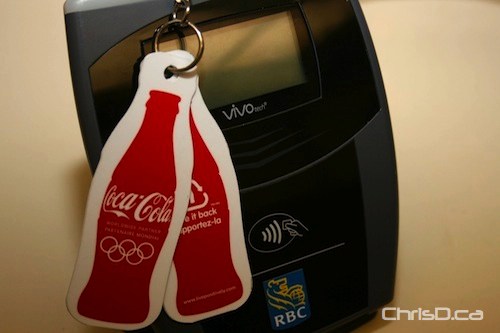 Athletes, coaches and team officials will have an unlimited supply of sugar and caffeine during the Vancouver 2010 Olympic and Paralympic Winter Games. RBC is providing notable attendees a prepaid fob to be used for unlimited access to Cola-Cola.

Similar to how some pay for gas, a simple wand of the fob will drop a cold beverage from a number of dispensers placed throughout various Olympic venues.

For those athletes watching their calorie intake, a rep from Coca-Cola said in an e-mail other drinks will be available under the Coke brand, such as Diet Coke, iced tea, and a number of fruit juices.

How much each fob is worth wasn’t disclosed. To steal a line from MasterCard … priceless?