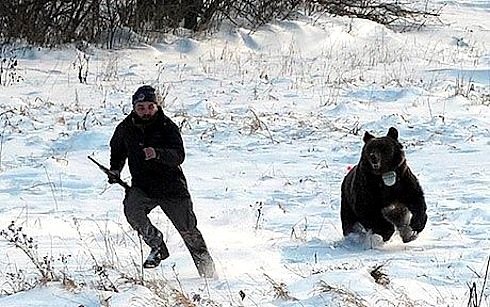 Animal control officials trying to round up a tranquilized female bear had quite the scare when she awoke as they approached.

Rangers in Chorzow, Poland shot the bear with a tranquilizer dart, but the bear was only put out for a few minutes. As they approached with nets, the bear awoke and gave chase.

The same bear escaped a few weeks earlier and was released into the woods the first time. Rangers plan to return the bear to its original destination the second time around; a Ukrainian wildlife park.

Officials weren’t injured during the ordeal, but as you can tell from the photos, the guy with the gun is booking it! 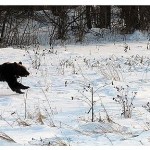