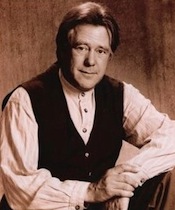 A fundraiser to boost the spirits and raise support for the cause of a Winnipeg playwright will take center stage later this month.

Brian Richardson is battling cancer and the local creative community is coming together to put on a variety show celebration featuring music, theatre, comedy, dancing, drumming, stories and tributes.

Richardson has been a well-known fixture of Winnipeg’s entertainment scene for over 40 years. An actor, poet, storyteller, folk musician and co-creator of the ethno-fusion company Fusion Dance Theatre, the longtime director for Green Kids Theatre has always been involved in his community.

The show will take place Sunday, February 28 at the West End Cultural Centre. A silent auction and reception will begin at 6:45 p.m., with the show getting underway at 7:30 p.m.

The evening will be hosted by Randy Woods, Brian’s former co-host of the Winnipeg Folk Festival.

Tickets are $25 at the West End’s box office, or at the Winnipeg Folk Festival Music Store. Online orders can be arranged by e-mailing [email protected]. You can also donate to Brian’s cause by contributing online.