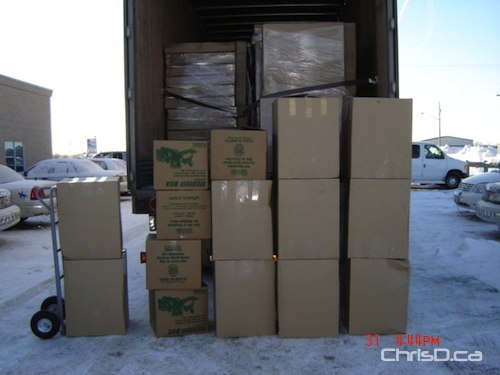 Headingley RCMP have made a significant drug bust valued at nearly a million dollars.

It all went down Sunday afternoon at around 2:15 p.m. during a commercial vehicle inspection. Police say an estimated 300 lbs of marijuana was seized from a semi-trailer truck with Ontario plates headed eastbound on the Trans-Canada Highway east of Provincial Road 334.

The drugs were mixed with other freight believed to be destined for eastern Canada.

The driver of the truck was arrested, but has not been formally charged yet.