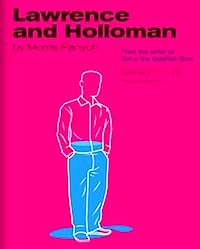 An upcoming comedic play at Prairie Theatre Exchange is promising to be quite the crowd-pleaser.

“Lawrence and Holloman” is a comedy from playwright Morris Panych, and features Matthew Edison as the obnoxiously optimistic Lawrence and Winnipeg-born Michael Spencer-Davis as the pessimistic Holloman.

“(It’s) about the obnoxiousness of optimism, the sociability of cynicism, and the true meaning of life,” said Robert Metcalfe, Artistic Director at PTE and director of the play.