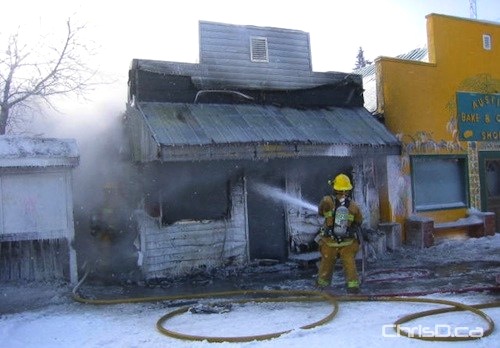 A fire Sunday morning in Austin, Manitoba completely destroyed a number of businesses.

RCMP say local fire departments responded to the blaze at about 11 a.m., which destroyed Kathie’s Beauty Salon and an attached suite. The fire also spread to Ernie’s Warehouse, and two additional businesses nearby suffered smoke and fire damage.

Portage la Prairie RCMP and the Manitoba Office of the Fire Commissioner continue to investigate.

The fire is not deemed suspicious in nature.

Exact damage estimates aren’t available, but it’s expected to be several hundreds of thousands of dollars.

UPDATE: Feb. 9 — RCMP say the cause of the fire was electrical in nature and deemed accidental. 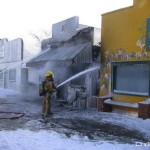 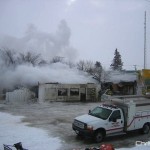