Home » Sports » Big Hockey Week in City as Olympics Near

Big Hockey Week in City as Olympics Near 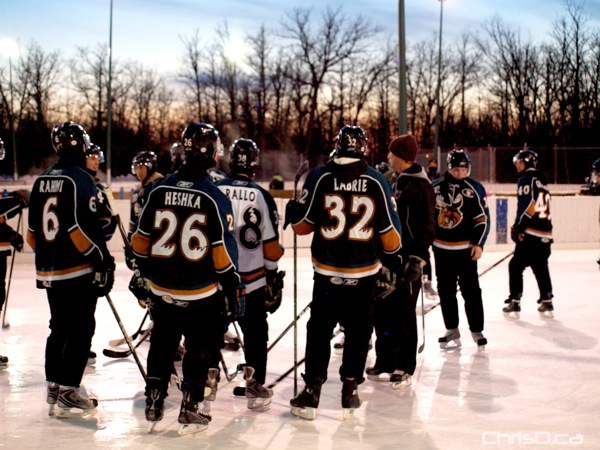 A number of hockey games are taking place in Winnipeg this week in preparation for the Vancouver 2010 Olympic Winter Games.

The University of Manitoba Bison women’s hockey team is set to take on Switzerland’s national women’s team today at 4:30 p.m. at the Max Bell Centre. The Swiss team is in town to play a pair of games. They embarrassed the Balmoral Hall Blazers on Friday winning 9-0 at Dakota Community Centre.

More Olympic-style hockey action follows later in the week, as the men’s teams from Switzerland and Belarus play each other at MTS Centre. The first puck drops at 7:30 p.m. Tuesday, followed by an early game on Thursday at 11:30 a.m. Over 8,000 tickets have already been sold to Thursday’s game.

If you can’t make it down to the venues above to see the Olympic athletes, the Manitoba Moose will play a game of shinny and take part in an outdoor practice today from 6 p.m. to 8 p.m. at the Fort Garry Community Centre. The initiative is part of the annual Community Jersey Program.