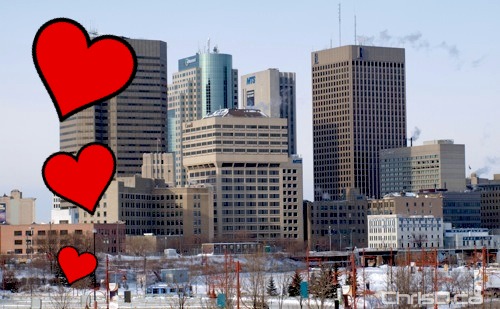 New data released from Amazon.ca shows Winnipeg ranks #9 on the Most Romantic Cities in Canada list.

The online bookseller said data was compiled based on the number of romance novels, sex and relationship books, romantic comedy DVDs, and Michael Bublé CDs sold since January 1 in cities with more than 100,000 people.

Saskatoon, Saskatchewan took the top spot. Why? Well, according to Amazon, “Saskatoon proves that brains are sexy, not only earning the honor of Most Romantic City all-around, but also most romantic in terms of book sales.”