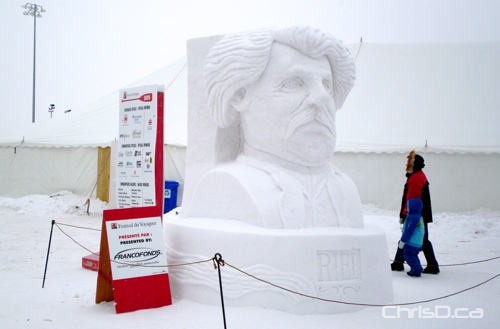 The annual Festival du Voyageur kicks off its 41st year later tonight with the Torch Light Walk at The Forks. Festivities begin at 6:30 p.m. and will make their way to Provencher Boulevard, where free entertainment will line the street at 7:30 p.m. and on the stage.

The Festival will also put on a benefit concert to support relief efforts in Haiti Saturday evening.

Montreal’s The Wesli Band will headline the show at the Voyageur Trading Post, 340 Provencher Boulevard. The band’s leader — Wesli Toussain — is a native of Port-au-Prince and was recently named CBC 2009 Revelation Artist in the World Music category.

The band was already part of this year’s line-up when the earthquake struck on January 12, but joined forces with other partners to put on this fundraising event for the Caribbean country.

Tickets are $10, or free with a Voyageur Button. Donations are also encouraged.

Showtime is 8 p.m. (doors 7 p.m.) All profits will go to the Canadian Red Cross.

A complete list of events is available at FestivalVoyageur.mb.ca.