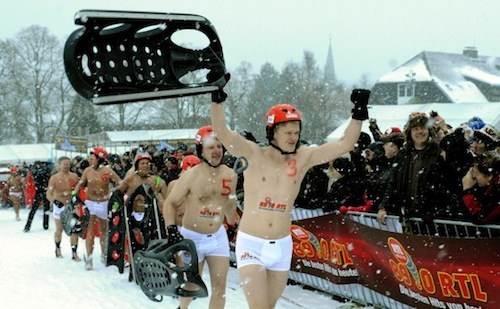 In the spirit of the Vancouver 2010 Olympic Winter Games, those silly Germans have decided to take it up a notch and mimic our winter sports.

They started with sledge racing over the weekend with only one catch — everybody was naked — kinda, sorta.

The event drew 14,000 spectators to watch 30 men and women in the buff slide down a hill. A local radio station put on the event, which brought together thousands of people from the Harz region.

A 26-year-old won the race, but the crowd cheered the most for a 70-year-old who dropped his clothes at the end of the race.

We can’t show you too many photos from the event without putting black bars across most of them, but a quick Google search will fix that problem. 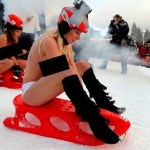 ← Previous: High Fives All Around for Jon Montgomery Next: Pushing for a Greener Winnipeg at City Hall →
Tags: Winter