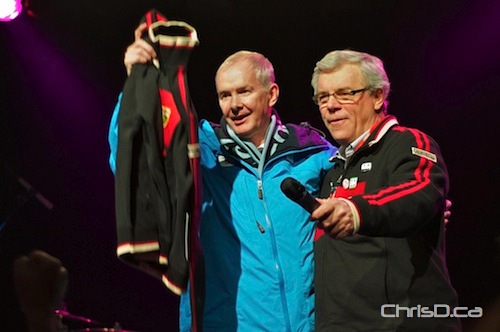 Manitoba Homecoming 2010 hosted a giant social Wednesday night in Vancouver at the Commodore Ballroom on Granville Street. Ex-pats, athletes, tourists, and Manitobans made their way to the party, which featured our own Doc Walker, Streetheart, Eagle & Hawk, Inward Eye and members of Chic Gamine.

Hot 103’s Ace Burpee hosted the bash, and Premier Greg Selinger even made an appearance.

It wouldn’t have been a Manitoba social without some signature bites, including KUB rye bread, Old Dutch Chips and kielbasa.

Those who attended say the night was a tremendous success, and the photo gallery below speaks for itself.