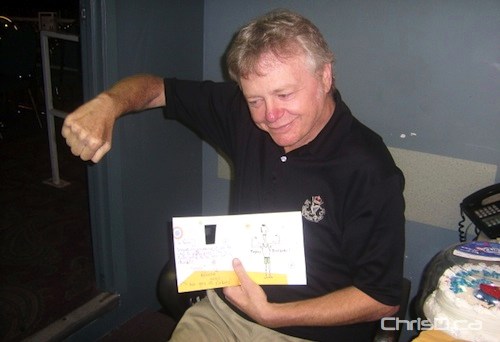 “After years of struggling with health issues Ross’ heart seized to function. He was resuscitated several times throughout the night but because of the extended amount of time he arrested, irreversible damage had been done and no further resuscitation efforts were made during his final arrest,” said close friend Rebecca Fada on Monday.

A statement read Rumberg was surrounded during his final moments by the many people who loved him.

“Ross meant so many different things to so many of us. To me, he was my absolute closest friend. He was my strength, my comic relief during tragedy, my #1 fan and supporter on all my life endeavors, my conscience, my inspiration to make the career choices I have made, my rational mind, and the closest thing to a true father that I have had. We have all lost someone great, I have lost my anchor,” Fada added.

Funeral arrangements have not yet been made until both of Rumberg’s sisters in New Zealand and Toronto make it to Winnipeg.