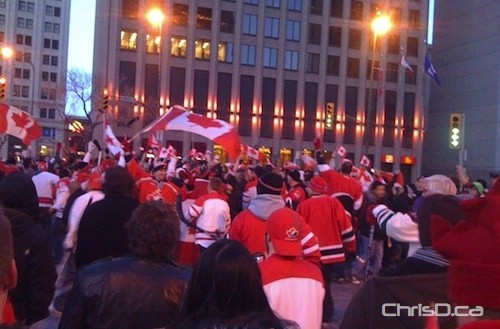 Thousands of Winnipeggers poured into the streets of downtown after Team Canada’s 3-2 win Sunday over the U.S. in overtime shortly after Sidney Crosby put away the final and deciding goal.

The fun began as fans who packed MTS Centre to watch the game made their way to Portage and Main. An impromptu hockey game was played, as police controlled traffic in the area as fans gathered in groups at multiple corners of the busy intersection.