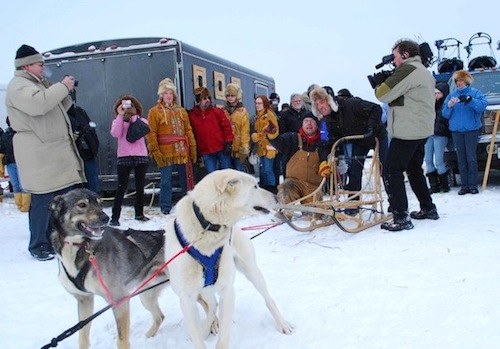 Northern Manitoba has been in the spotlight lately — first with NBC making the voyage, and now Canada’s own Rick Mercer is checking it out.

Mercer visits the annual Trappers’ Festival in tonight’s episode, and pulls his expected shenanigans when he takes a dog sled through the Tim Hortons drive-thru.

“The Rick Mercer Report” was in The Pas filming the show last week, which also included some signature moose-calling.

The episode airs tonight at 8 p.m. CT on CBC.