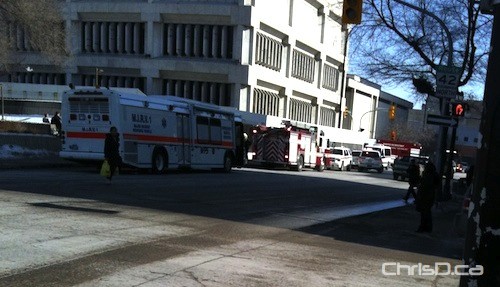 About half a dozen officers were taken to hospital, and several more were treated on scene.

Prisoners in the building were moved to a different location and were being held for questioning.

The evacuation is still ongoing and as a result, traffic in the vicinity of 151 Princess Street is affected.

UPDATE: 4:16 p.m. — According to reports, only two officers were taken to hospital. The building has since reopened and traffic in the area is back to normal.

— With files from Brian Schultz
Submitted photo by Tim Walker