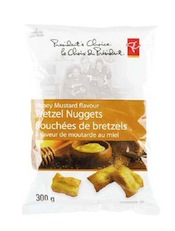 The products are being recalled due to salmonella contamination in hydrolysed vegetable protein and were distributed nationally.

On March 2, the CFIA issued an alert for the recall of Sweet Maui Onion Hawaiian Kettle Style Potato Chips sold at Costco stores in Manitoba, Saskatchewan, Alberta and British Columbia.

The products on the recall list can be returned to their originating purchase location for a refund.

Listen below to hear what symptoms of salmonella contamination may include: