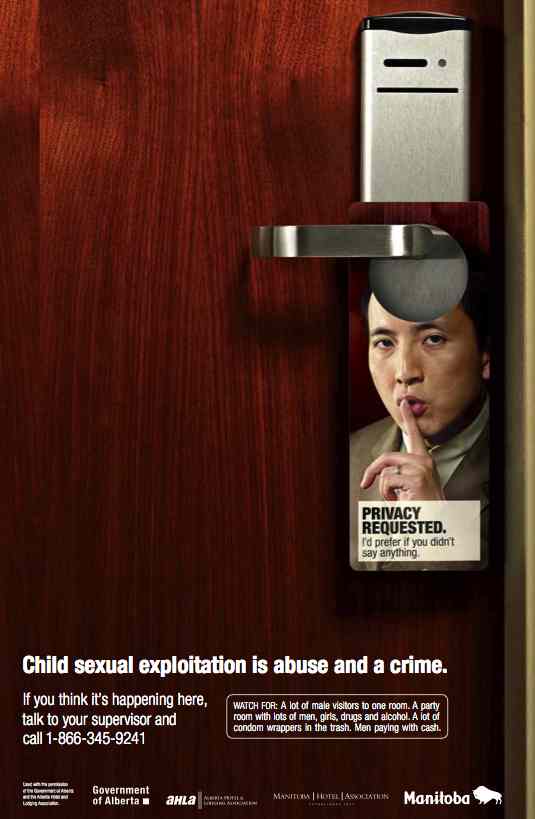 To help stop child sexual exploitation in Manitoba, the province has announced a planned partnership with the Manitoba Hotel Association.

“We’re working with the hospitality industry and putting abusers on notice that people aren’t going to look the other way when they bring these young victims into hotels,” said Family Services and Consumer Affairs Minister Gord Mackintosh. “We all have a role to play and want to be sure everyone has their eyes open to this problem. These children need our help every day.”

Hotel staff will be trained to spot situations where children could be sexually exploited and report them. Further details on the campaign — which takes after a similar successful one in Alberta — will be announced in April.

The launch of this initiative — announced at the “Dear John: It’s Rape, Not a Date” conference — comes as Stop Child Sexual Exploitation Awareness Week is set to wrap up on Sunday. A number of public meetings offering insight and education are also planned for Brandon, Dauphin, Portage la Prairie and Winnipeg.

The province and the 250-member association are co-funding the campaign.