Not only were all Canadians watching the gold medal Olympic hockey game on February 28, we were all apparently going to the bathroom at the same time in between periods. 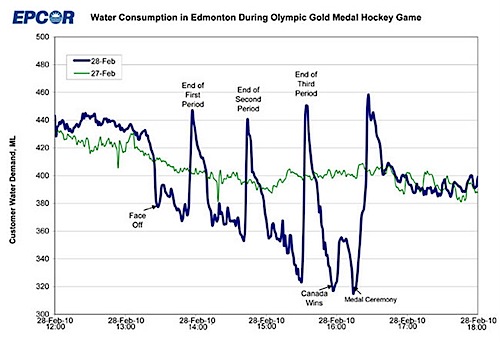 If synchronized peeing were an Olympic sport, we’d have another gold medal.