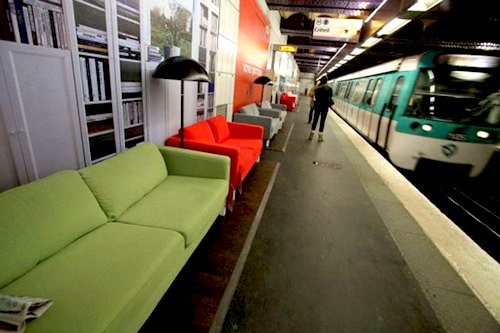 Subway tunnels are sometimes not a clean and pleasant place to spend extended periods of time waiting for a train. That is, unless you’re in Paris.

From March 10-24, IKEA has outfitted subway stations with lavish furnishings like chairs, couches, tables and lamps.

The idea is to obviously draw people into the store to make large purchases. The company has even put up giant prints to show IKEA interiors.

An IKEA rep says the campaign has been successful so far and plans are already in the works to extend it to other non-traditional venues.