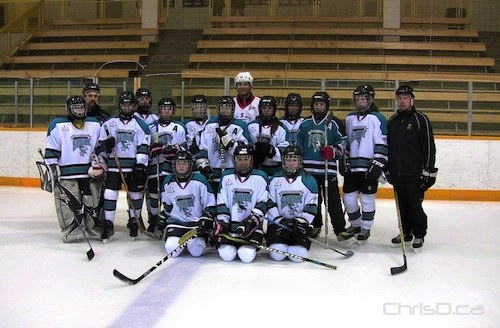 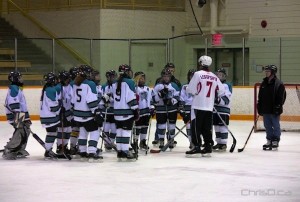 Players on the St. Norbert Storm minor girls’ hockey team had the privilege of meeting former NHL star Curtis Leschyshyn on Saturday. The Storm was one of 10 teams across Canada who won ice time with a NHL great as part of the Scotiabank NHL Alumni Skills Contest.

Leschyshyn — a native of Thompson, Manitoba — showed off his moves and taught the girls puck-handling skills, while highlighting his time in the NHL.

“This is a great opportunity for young hockey hopefuls to learn about the experiences they can have by setting goals and following their dreams,” said Leschyshyn. “The Storm players know that to give themselves the best possible chance of playing to their full potential, they must prepare for anything, which means practice, discipline and commitment. Those are lessons they can take with them everywhere they go.”

The three hour on-ice skills workshop and meet and greet took place at the Max Bell Centre at the University of Manitoba.

Leschyshyn spent the last three years of his professional career playing for the Ottawa Senators before retiring in 2004.