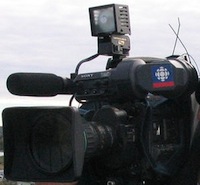 Attention CreCommers: The CBC is hiring.

The television network posted the open position for a videojournalist in Winnipeg on Tuesday.

One of the qualifications lists being open to being on air, so if you were thinking of taking your face for radio to behind the camera, you may be in front of it, too.

With the CRTC ruling earlier this week showing a future for local TV to thrive, more positions like this will likely be coming up in the future.

The application deadline is April 7.