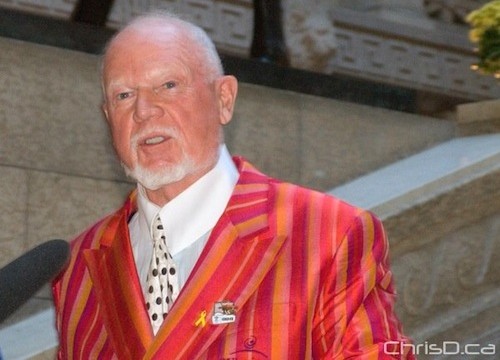 The made in Manitoba movie examining the life of former hockey player and current commentator, Don Cherry, will air this weekend on CBC.

“Keep Your Head Up Kid: The Don Cherry Story” is a two-part series, which was the idea of Don’s son, Tim Cherry.

Don Cherry has gone on record to say he was always reluctant about sharing his life story, but he gave the film his blessing in the end.

You may even see some familiar faces when you tune in. Many locals had the honour of being extras in the TV movie — filmed mostly last summer in and around Winnipeg.

Part one will air tonight beginning at 8 p.m., with part two following Monday, also at 8 p.m.