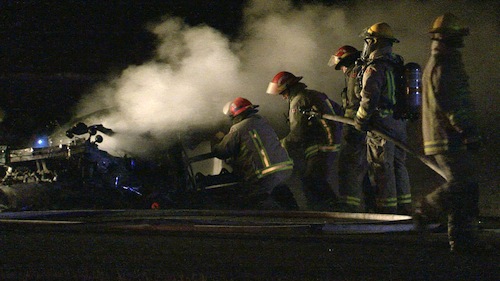 A 23-year-old man is in stable condition after rolling his vehicle on the South Perimeter Highway at about 3 a.m. on Sunday.

RCMP say the driver, from the RM of Rockwood, was travelling eastbound approximately 2 km east of Oakbluff when his 2001 Chevrolet Malibu hit the center median. The vehicle rolled and came to a rest on its roof before catching fire.

A passing motorist was able to pull the driver from the vehicle before it became completely engulfed in flames.

The driver remains at the Health Sciences Centre with undetermined injuries.