Home » Entertainment » Saddle Up for the Annual Brandon Winter Fair

Saddle Up for the Annual Brandon Winter Fair 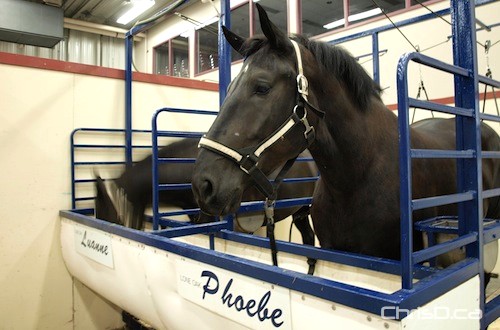 The Royal Manitoba Winter Fair opened Sunday night in Brandon with a concert by George Canyon at the Keystone Centre.

The Wheat City is hosting the annual event until April 3, which is expected to attract about 120,000 visitors.

Attendees can look forward to spectacular equestrian competitions and evening entertainment, as well as cultural displays and the chance to get up close with a variety of animals.

Originally held in February during winter, the fair was moved to a later month to accommodate families during spring break, but retained its name.

Our partners at iTVBrandon.com will be live streaming from the fair throughout the week to bring you all the action.