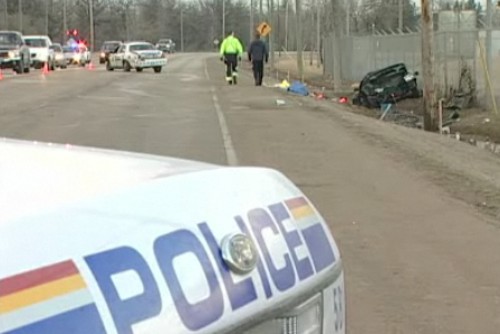 Two people were treated in hospital earlier tonight after an RCMP cruiser was involved in a crash north of the city.

It happened at about 5:30 p.m. on Henderson Highway in the RM of East St. Paul. Police say a cruiser from the East St. Paul detachment was on its way to a call heading northbound, when it lost control and struck another northbound vehicle.

Both drivers were later released from hospital after being treated for undetermined injuries.