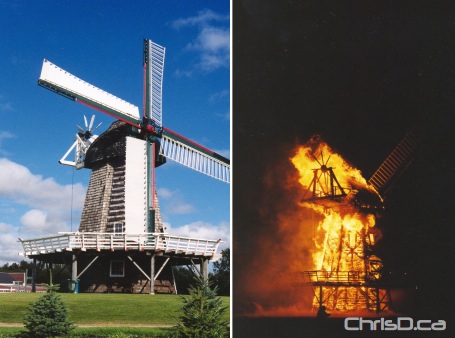 After a fire nearly 10 years ago that destroyed the Steinbach Windmill, RCMP have laid charges against two individuals.

On October 22, 2000, fire crews responded to a blaze in the Mennonite Heritage Village on Highway 12. An investigation deemed the fire to be arson and damage was pegged at about $600,000.

The matter had remained unsolved over the years until RCMP came across new information over the last two weeks.

Police have charged Kynan Patram of Mitchell and David Wiebe of Winnipeg with one count of arson each. The 30-year-olds will appear in Steinbach court on June 24.