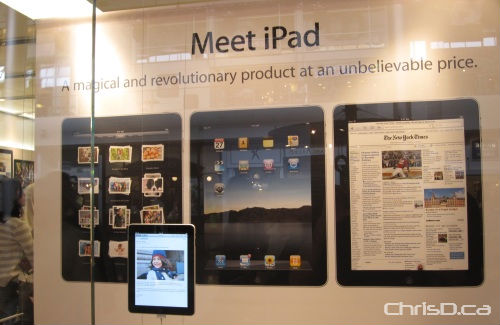 The Apple iPad only came out on Saturday and already owners are reporting flaws with the new tablet-style device.

According to Internet reports, these are just some of the downsides:

Originally to be discussed earlier this week, iTVWinnipeg.com will hold an iPad round table today to discuss the device with other local technology experts to explain what it means to us in Winnipeg.