The Pumps/Orphan Reuniting for Homecoming 2010 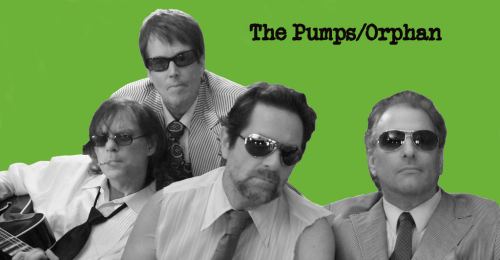 Manitoba Homecoming 2010 is set to bring back well-known rock icons The Pumps/Orphan for a special performance next month.

Original guitarist Steve McGovern has since relocated to Winnipeg in anticipation for the band’s showcase at Mybar on Saturday, May 1.

“I just needed a change,” McGovern said in a news release. “It was just before the Olympics and Vancouver was getting crazy, so I decided to move back to Winnipeg.” McGovern originally lived in Winnipeg from ages 2 to 12, when his parents were stationed at 17 Wing Winnipeg with the Canadian Air Force. McGovern also called Winnipeg home between 1982 and 1986 when The Pumps were most actively touring.

Tickets are available for $10 at Canad Inns Destination Centre Transcona or by calling 694-SHOW (7469).