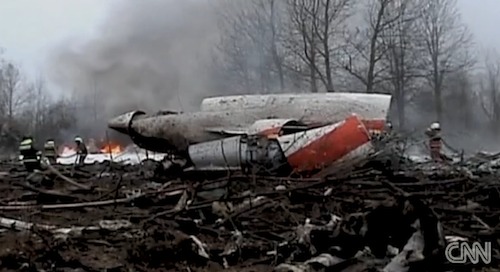 Polish President Lech Kaczynski and 96 others died Saturday when the plane they were travelling in crashed in thick fog coming in for a landing in western Russia.

There were no survivors on the aircraft, which also included the president’s wife and top military officials.

As Mayor of Winnipeg, I wish to express my condolences to the people of Poland on the tragic passing of President Lech Kaczynski, his wife, and the many other military and civilian personnel who were involved in a plane crash over Russia. Circumstances such as these cause us pause for reflection and perspective, and it is my hope that the people of Poland can unite and find strength during the days and months ahead. Winnipeg is blessed with a vibrant Polish community and on behalf of my colleagues on city council, our thoughts and prayers are with all of you during this difficult time. A book of condolences will be available for the public to sign at City Hall in the Mayor’s Foyer.