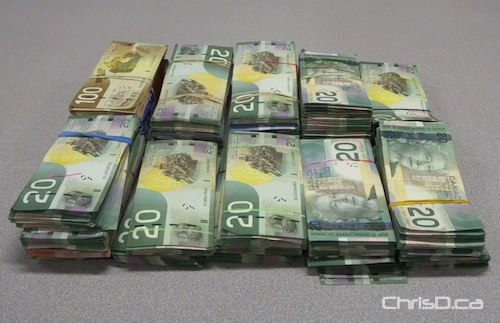 Two Alberta men were arrested Saturday on the Trans-Canada Highway near Portage la Prairie after a traffic stop turned up approximately $100,000 in cash.

RCMP say the men were pulled over in a 2010 Nissan Maxima travelling westbound at about 9:30 a.m. for a traffic violation. Officers subsequently discovered the hidden cash located in the vehicle.

The 40-year-old driver and his 39-year-old passenger were released and will appear in Portage la Prairie court on May 17 facing a charge of possession of proceeds of crime.