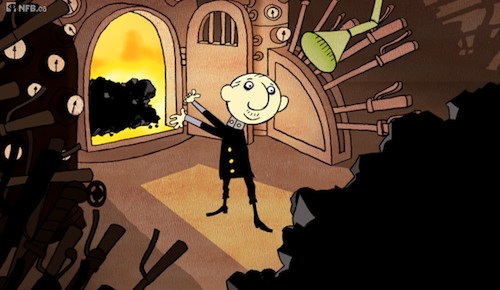 The Manitoba production “Runaway” has picked up a Genie Award for Best Animated Film in Toronto.

The award was handed out Monday by the Academy of Canadian Cinema and Television.

“Runaway” is a 9-minute short that features a driverless train in which happy passengers are having a great time, oblivious to the fate that awaits them around the bend. The ensuing crisis leads to a class struggle that is as amusing as it is merciless — with everyone equal in the end.

The film was executive produced by Derek Mazur of the National Film Board and animated by Cordell Barker.

Screened at TIFF and Sundance, the film was a great success and received international recognition winning for Best Short Film at Cannes.

“Runaway” is available for viewing on the NFB website.