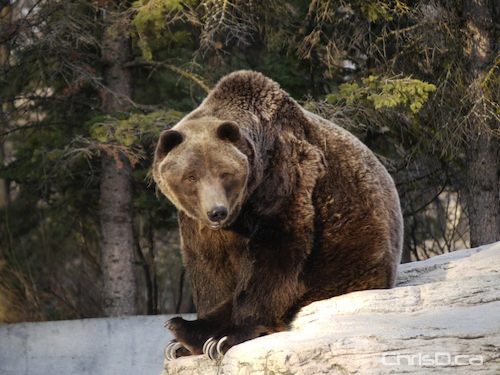 Waldo passed away in his sleep last week, curled up in a bed of straw in his hibernating den, the city said Monday.

Waldo — shown above in a 2009 photo — had been living in the company of his sister, Hilda, up until three years ago, when she passed away at the age of 33.

Both bears were orphaned in 1974 near Banff, Alberta, and were shipped to Winnipeg from the Calgary Zoo later that year.