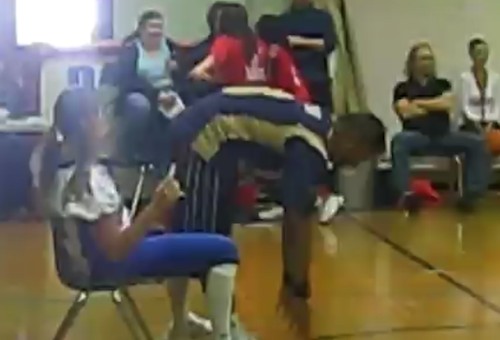 The fate of the two Churchill High School teachers at the center of that famous lap dancing video won’t be returning to their jobs.

The Winnipeg School Division said late Monday teacher Chrystie Fitchner has resigned from her position effective June 30, and was suspended without pay on March 3. However, she has been receiving income from sick leave benefits, after providing sufficient medical documentation to the school division to access them.

Short term teacher Adeil Ahmed will not have his contract renewed to return, which expired on April 16. He remained on unpaid suspension as of March 2 until his contract expired.

The pair was discussed at a closed meeting Monday evening at the school division’s offices with trustees.