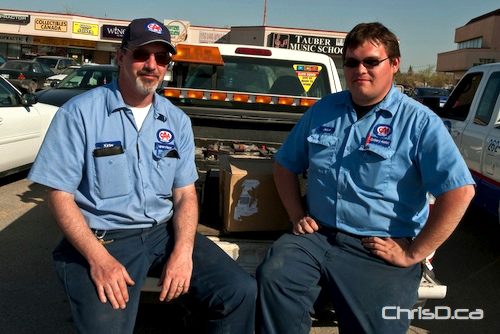 Kirby and Jesse of CAA Manitoba help out with the annual Great Battery Roundup on Thursday to take in unwanted vehicle batteries and safely dispose of them. CAA operated three locations in Winnipeg and one in Brandon where vehicle owners could drop off their old batteries free of charge in conjunction with Earth Day. By 5 p.m., the McPhillips Street location had received 43 batteries before the event wrapped up three hours later. In total, 335 old and unwanted batteries were collected throughout the province. That’s more than a 1100% increase over last year’s total.