Home » News » Young Activist Speaking at the U of M Today

Young Activist Speaking at the U of M Today 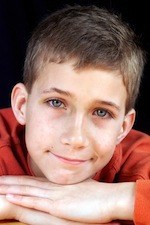 A popular young activist who has made appearances on CNN and “The Oprah Winfrey Show” will be the guest speaker today at the University of Manitoba.

Ryan Hreljac, now 18, started the Ryan’s Well Foundation when he was only six-years-old. The foundation has raised millions of dollars to fund 546 water and sanitation projects in 16 countries, providing services to over 660,000 people.

During his early days, Hreljac raised $70 in four months by completing chores around the house and built his foundation from there. His efforts have even helped build a well in a small village in Northern Uganda

Hreljac’s presentation — “Changing the World at Six: The Dandelion Project” — begins at 10 a.m. in Room 270 of the Engineering 3 building on the U of M’s Fort Garry campus.