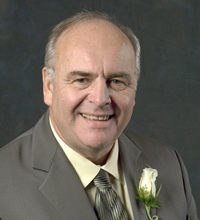 Clement was first elected in 1983, and most recently served as Chairperson of the Standing Policy Committee on Infrastructure Renewal and Public Works. He was also a partner in his family business, Aqua Pleasure Pools.

Clement is survived by his wife and four children.

“It is with great sadness and deep sorrow that I am to inform all Winnipeggers of the passing of Charleswood – Tuxedo City Councillor Bill Clement. Bill ultimately lost a hard fought battle with cancer. We will miss Bill’s passion, dedication, and knowledge who as a councillor always represented the citizens of Charleswood – Tuxedo and Winnipeg with integrity and wisdom. On behalf of my colleagues on council, we pray for his family during this difficult time. Funeral details will follow.”

← Previous: $4 Million in Upgrades Planned for HSC Emergency Dept. Next: $12 Cup of Coffee Will Make Anybody Grumpy →
Tags: Death