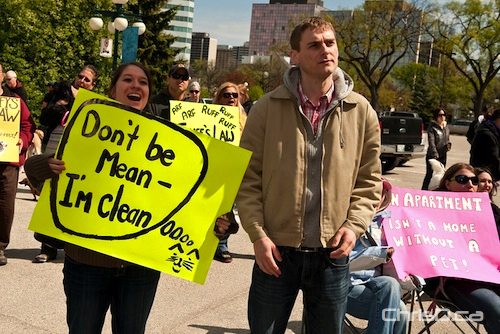 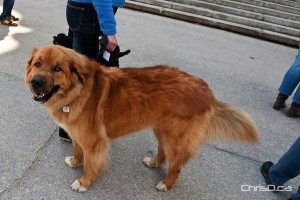 Pet owners gathered Saturday on the grounds of the Manitoba Legislative Building in support of Fluffy’s Law. Bill 218 would make it illegal for apartment landlords to put a ‘no pets’ clause into rental agreements. Although, tenants with pets could still face eviction based on damage, noise and allergy concerns.

Almost 4,500 people have joined a Facebook group supporting the bill, which is being backed by the Manitoba Liberal Party.

The event was co-hosted by Bill McDonald, Executive Director of the Winnipeg Humane Society.

“Frankly I find it baffling that landlords are being so shortsighted and hard-headed on this issue,” McDonald said. “We have learned that in the 11 years Fluffy’s Law has taken effect in Ontario, only 1% of the 800,000 complaints received annually by their rental tribunal are pet related.”