Home » News » Schools Pulling Together in ‘Toonie Tuesday’ for CancerCare

Schools Pulling Together in ‘Toonie Tuesday’ for CancerCare 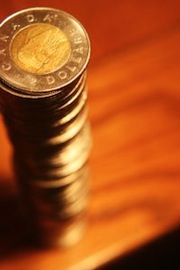 The words ‘Toonie Tuesday’ may have a different meaning at a popular fast food chicken joint, but tomorrow they symbolize a charitable initiative.

Olympic torchbearer Noah Palansky is raising money for CancerCare Manitoba on Tuesday in the second annual Toonie Tuesday event. The 13-year-old created the initiative one year ago and is a pro at fundraising. Noah’s previous efforts include raising $60,000 for CancerCare, and engaging youth to do their part ended up raising $1 million for cancer care and research.

The idea is to get each student to bring a toonie to school and pull together to support a great cause.