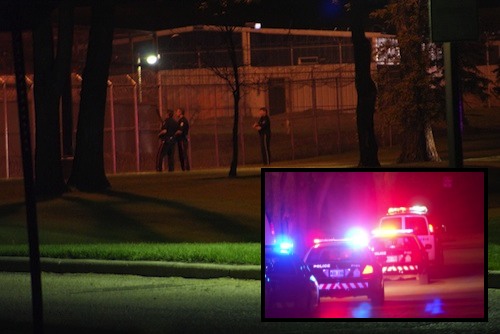 Brandon Correctional Centre went into lockdown Saturday after a small disturbance broke out at around 9 p.m.

Elevent inmates began acting out causing damage to one of the cells.

Additional support was put on standby from Headingley Correctional to assist with inmate control, but the situation died down by about 11:30 p.m.

Speculation has been mounting that inmates may have planned to make a move at this time, as police resources in the western Manitoba city are stretched this week for the Memorial Cup.

The last time a riot broke out at the Brandon Correctional Centre was in October 2009, when 27 inmates caused a disturbance in the facility. The jail suffered damage, and several inmates were treated for injuries. Construction to expand the 80-bed facility was announced in December and is expected to be completed by this fall. Overcrowding at Brandon’s jail was blamed on the last disturbance.

No images suffered injuries in this latest incident.