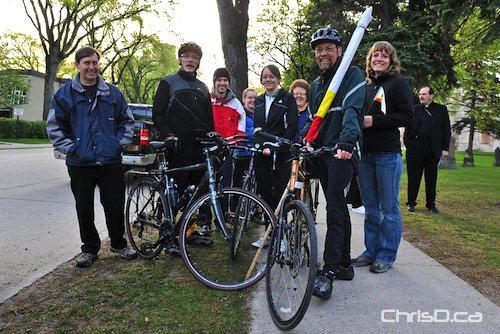 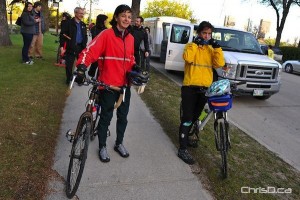 Thirty cyclists who left Winnipeg on Friday will arrive in Thunder Bay later today after travelling nearly 700 km since their journey began.

The group is making their way to Ottawa with the Franco-Manitoban flag to commemorate its 30th anniversary. The 16-day trip will see the group pedal 2,200 km and arrive in Ottawa on May 30. A symbolic ceremony on Parliament Hill will take place on Monday, May 31.

Members of the Francophone community said their goodbyes to family and friends last week, before departing from Louis Riel’s gravesite near the St. Boniface Cathedral.