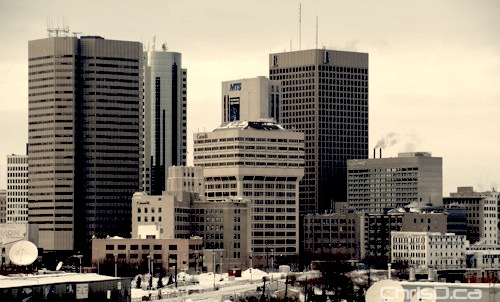 Winnipeg’s private sector is aiming to raise $6 million over the next five years to ensure the success of a new economic development initiative to attract new businesses to the city, and help existing businesses expand.

The Winnipeg Chamber of Commerce and Economic Development Winnipeg Inc. (formerly Destination Winnipeg) made the announcement Tuesday morning at The Fairmont Winnipeg.

The Yes! Winnipeg investment campaign is led by Wellington West CEO Charlie Spiring, and will look to the private sector to raise $4 million and the public sector to kick in $2 million

“We are well on our way to achieving our goal as a number of private sector companies who strongly believe in the importance of this initiative have already stepped up to the plate in a major fashion,” said Spiring. “Over the next number of weeks we will be fully engaging with the private sector to seek additional support to put us over the top.”